For those unfamiliar with the rules of the Iron Preacher Tournament:

Each round two contestants are given the same text to compose a sermon that is no more than five minutes long. The preparation time for each sermon is exactly five minutes. Each round, the first competitor is given the text to immediately begin preparation upon exiting through the door of the room. After five minutes, the student returns to the stage and delivers his sermon to the audience. At that point the second competitor is sent to prepare his sermon—while the other is being preached—and, after five minutes, the second competitor returns and preaches his sermon. After both have preached, the judges will have a short deliberation to declare a winner for the round.

Assistant Vice President of Advancement Michael Ritzman is a fan of the tournaments and provided a window into its history:

“Many years ago, Pastor Bryan Wolfmueller hosted a podcast called Table Talk Radio. On one of the early episodes (July 29, 2008), he hosted a preaching competition based on the popular cooking show at the time, the Iron Chef, in which contestants raced to prepare a meal with secret ingredients.

“The Iron Preacher competition went like this: the contestants were read a Bible passage, and then had only ten minutes in which to prepare a sermon (or sermon outline). Each contestant then delivered their sermons, which were critiqued by a Seminary professor (Dr. Carl Fickenscher) who acted as ‘judge.’ The judge declared a winner who earned the title ‘Iron Preacher.’

“CTSFW has adopted this tradition and turned it into a campus-wide event! . . . At this special 2022 event, they were judged by none other than the Original Iron Preacher himself, Pastor Bryan Wolfmueller (alongside the Rev. Dr. Ryan Tietz and Fickenscher).”

Timothy Schleusener went up against Dakota Monday in the final round and, in the end, Schleusener triumphed. The victor was gifted a lovely Hawaiin shirt (from our beloved Co-op) that he donned like a royal cape in triumph as they placed the cardboard crown on his head, an orb and a scepter in his hands, and dubbed him the winner with a sword like a knight.

Ritzman noted how this fun tradition is one of many unique and special ways that our seminarians are prepared to go forth and serve the Lord and His church. “The best part of this ‘competition’ is that everyone wins because the message is always about Christ and His crucifixion for our sins. CTSFW trains pastors to cling to the cross of Christ and proclaim the redeeming work of our Savior. Students of CTSFW are well-prepared to bring this Good News to the world.” 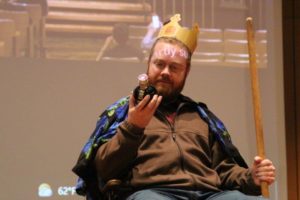 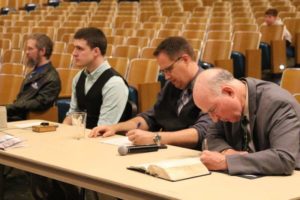 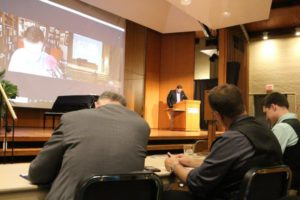 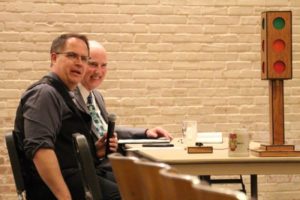 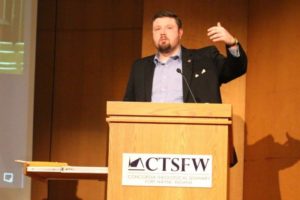 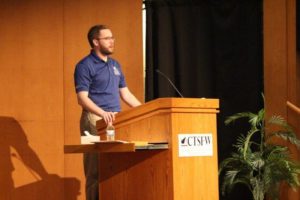 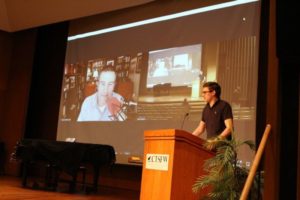 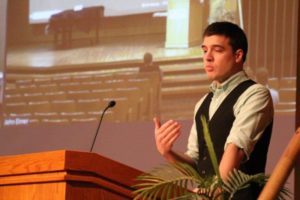 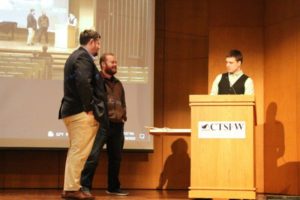 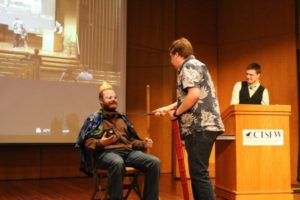