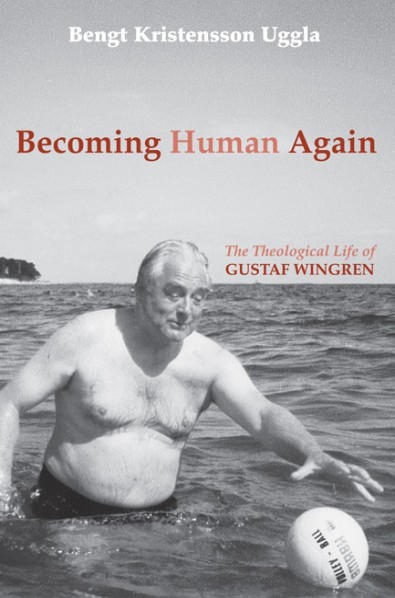 Gustaf Wingren (1910–2000) was surely one of the best known, most creative and influential theologians in twentieth century Sweden. In the English-speaking world, he is best known for his 1942 book, Luther on Vocation and The Living Word published in 1949. Uggla has provided readers with a theological biography of this remarkable figure, setting his life in the context of not only the Church of Sweden but global Lutheranism and ecumenical Christianity during this era.

The story of Wingren’s life is largely one of confrontation, conflict and change. In his own early work on Luther’s doctrine of vocation, he challenged Einar Billing’s interpretation of Luther. Wingren had little use for either Lutheran Orthodoxy or Pietism. He was an independent and often iconoclastic thinker, aggressive in his argumentation and unrelenting in his criticism of his opponents.

Wingren’s career was centered in Lund where he served for twenty-six years. His appointment to the faculty dominated by Anders Nygren and Ragnar Bring was not without conflict as he was chosen for a professorship over his teacher, Herbert Olsson. Highly critical of Karl Barth, Wingren would chart a path for himself that would accent the doctrine of creation. Wingren would launch a systematic attack not only on Barth but also Rudolf Bultmann and Anders Nygen in his book, Theology in Conflict: Nygren, Barth, Bultmann in 1954.

As Uggla describes the story of Wingren’s life, we see a transformation of the man from a formal academic figure who could be aloof from students to a more casual person accessible to his students on a first-name basis, no longer wearing a suit and tie but clad in vesture more like the students themselves. With age also came a divorce and a second marriage. Theologically his orientation would expand to ecology in keeping with life-long interest in creation. Uggla characterizes this as “creation theology” becoming “ecological theology” (282–289).

His political views were increasingly liberal. Wingren would mock Bo Giertz, Anders Nygren, and others who resisted women’s ordination. After women’s ordination was long-established in the Church of Sweden, Wingren would resign his clerical credentials late in life in protest against what he saw as discrimination against female clergy in the Swedish church. As Uggla makes it clear, Wingren’s relationship with the church was complicated and often painful. He was known as an exceptionally gifted preacher. Many of Wingren’s colleagues and students went on to serve as bishops. Uggla notes that Wingren could himself become a bishop if he would have been prepared to give up his academic career.

Uggla’s narrative of Wingren’s life is at the same time both fascinating and frustrating. It is fascinating in the sense that he tells the story of man whose life nearly spanned the twentieth century; a life marked with deep engagement with European theology throughout that century. It is frustrating in that Uggla assumes his readers have an acquaintance with the life of the Church of Sweden and the particularity of Lutheran theology in that context.

Becoming Human Again is a sympathetic but generally balanced introduction to the life of Gustaf Wingren. The author certainly introduces readers to the complexity and nuances of Wingren’s theological world.