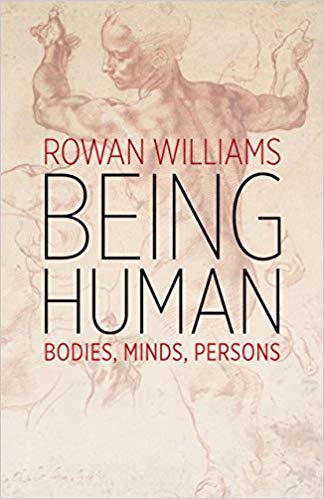 At a time when transhumanist philosophy is challenging human definitions, when secularists declare that men and women are nothing more than material composites, and when society celebrates bodily confusion, it is imperative for the church to reflect deeply on the meaning of human nature. With erudition and a gentle touch, Rowan Williams offers this set of contemplations on what it is to be human. He stands out not only as a prominent churchman, the former archbishop of Canterbury, nor for his patristic scholarship but also, importantly, for his ability to engage with contemporary philosophers and scientists with gentleness and respect. Readers will be stimulated by insights from such wide-ranging figures as Augustine and Julian of Norwich as well as Daniel Dennett and Ludwig Wittgenstein. Five short chapters focus on explorations of consciousness, theories or personhood, and the mind/body problem, with an Ascension Day sermon attached at the end. This is not a systematic attempt to answer these questions in any definitive way as much as it is a set of meditations guided in some sense by the theological North Star of Jesus Christ.

Williams’s great contribution is his elegant way of countering the reductionism of scientific materialism. The late Stephen Hawking said, “The human race is just a chemical scum on an average-sized planet, orbiting round a very average-sized star, in the outer suburb of one of a hundred billion galaxies.”(20) Hawking’s account might explain the mechanics and mathematics of a Bach concerto but cannot tell us what it means. Humans are not mere machines made of meat. We are something more grand than rational bipedal animals. The world is not just a collection of stuff, but stuff arranged in a particular way. At its best, Being Human is an apologetic that guides us to imagine something more for human beings than the prophets of atheism foresee.

Clearly, the author is trying to bring Christianity into conversation with some of the great questions of our time. Though he refers to Jesus Christ, he mostly avoids Christian theological jargon and biblical references. He is writing for the vaguely religious reader who may or may not skew towards being Christian. The text would be strengthened by drawing more deeply from the wisdom of the great creedal realities that ground the church’s reflection on humanity, such as the creation, the fall, the incarnation, resurrection of the body, and so forth. Williams only hints in these directions at times. This book may help the secular reader to appreciate the sacral mystery of human life but requires a clearer witness to drive us home. In the introduction, he promises to open us to the “endless richness of divine life that has been offered to us through the life and death and resurrection of Jesus (ix)” but it is mostly implicit. St. Paul on Mars Hill engaged the philosophers by finding common ground, but he ended with the specificity of the resurrected Son, which earned him the ridicule of some. Being Human is a helpful place to begin with the thoughtful unbeliever, but it requires something more to fulfill the apologetic task.