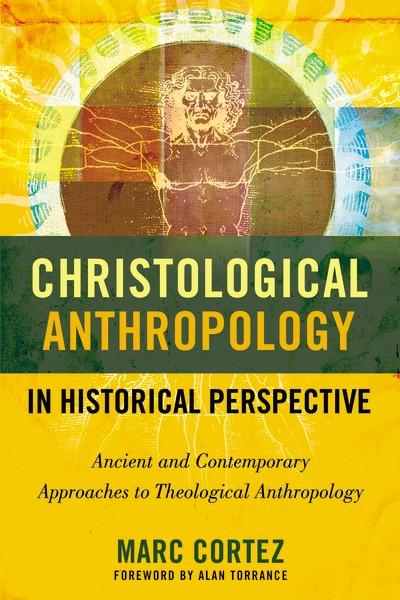 Lutheran theologian Hans Schwarz once commented that one difficulty in dealing with theological anthropology is that the subject can cover an unwieldy number of themes. In Christological Anthropology in Historical Perspective, Marc Cortez tries to narrow the field by focusing on the subject’s christological dimension. What, Cortez asks, does the revelation of the person and work of Jesus Christ specifically tell us about what it means to be human?

The author does not intend to present a constructive anthropological proposal. Instead, his purpose is to stimulate questions and insights on the topic by presenting a diverse range of perspectives across history. The following list of the representative figures examined by the book reveals this diversity: Gregory of Nyssa, Julian of Norwich, Martin Luther, Fried­rich Schleiermacher, Karl Barth, John Zizioulas, and James Cone. In presenting the perspective of each, Cortez is more concerned with achieving understanding than he is with evaluation. Still, the effect is not superficial. Many engaging and relevant issues arise in the process.

For instance, in chapter one the book discusses Gregory of Nyssa’s anthro­pology in terms of how human sexuality, between the fall and the coming resur­rection, is or is not constitutive of our essence as human. Gregory sees Christ’s incarnation as both defining and transformative of human nature. Therefore, since Scripture teaches that there is in Christ no male or female, our created sexual make-up, says Gregory, no longer de­fines our individual existence after our resurrection. So why, Cortez asks, did God create his human creatures in a sexually differentiated way to begin with? Gregory’s rather unusual answer is that Genesis reveals a two-stage process of creation. God created human beings first in his own image, which means that we are essentially non-gendered like God. Then, in light of the human act of sin which God foreknew, he created us male and female—a condition that better matches our present situation in a fallen world.

Cortez examines and tries to deflate recent theological attempts to use Gregory as a resource for making “gender” a more fluid and socially-constructed concept. This is an interesting discussion. Unfortunately, the book does not examine what would seem, at least in this reader’s mind, the Greek philosophical assumptions behind Gregory’s rather spiritualized view of human existence. The Patristic theologian’s notion that physical sexual differentiation is characteristic of a fallen rather than an originally created human reality sounds more Platonic than biblical. Still, these are exactly the kind of questions Cortez intends to stimulate.

The discussion of Luther’s anthropology in Chapter 3 focuses on how the Reformer’s understanding of justification informs what it means to act ethically as a human agent in the world. The chapter draws on Luther’s own works, along with interpretations of Luther by scholars like Oswald Bayer. Cortez treats Luther’s notion of justification as an essentially christological concept. Justification involves the human being’s coram Deo experience of being justified through the righteousness of Christ. So as this faith in Christ yields works of love, it is Luther’s specifically christological anthropology that lies at the foundation of his vocational ethic.

As the book proceeds through its seven chapters, the diverse perspectives invite comparisons. Barth’s grounding of anthropology in God’s saving election through the one Word of God, Jesus Christ, stands in sharp contrast to James Cone’s view of human beings as co-liberators who model the work of the Great Liberator in an oppressed world. On the one hand, Julian of Norwich’s dependence on her mystical visions of the crucified Christ is miles away from Luther’s strict reliance
on God’s word. On the other, the role of suffering as it flows from the cross of Christ into the life of the Christian is a common theme of both anthropologies.

The comparisons and contrasts that arise from these divergent perspectives make for an engaging learning exercise. However, there is a weakness in Cortez’ approach. Despites its name, Christological Anthropol­ogy in Historical Perspective spends very little time discussing the historical contexts of, or connections between, the anthropological visions of the theologians involved. This gives the book a rather episodic feel. Each of the seven theologies seems to stand out apart from any underlying narrative.

The final chapter includes a short but interesting discussion on an issue common to all the perspectives examined. Cortez notices that none of the seven anthropologies have much to say about humanity outside Christ’s salvation or the fold of the Church. The few that hint at it, such as that of Karl Barth, tend to project an accompanying doctrine of universal salvation. None seem able to assign a deep value to all created persons while at the same time holding that only those who are transformed through Christ find their human destiny fulfilled in eternity. This issue has ramifications for an increasingly secular and pluralistic world. It is also something, the author points out, that Christian theology needs to tackle. Cortez makes no pretension of knowing how to do that yet. He simply raises one more worthwhile question in a very worthwhile book.