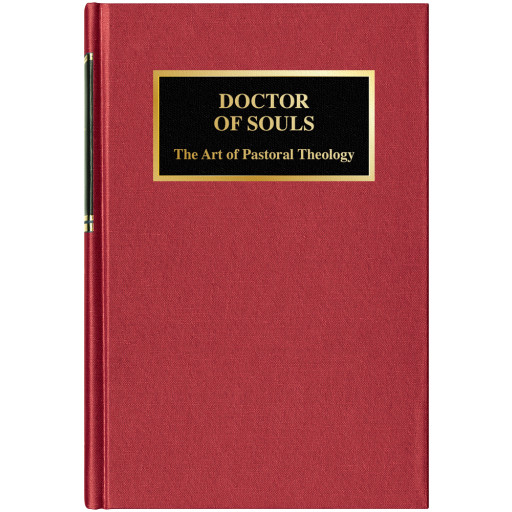 The last time Northwestern Publishing House produced a practical volume on pastoral ministry was back in 1974 with the familiar The Shepherd Under Christ written by John Schuetze’s father Armin and fellow Wisconsin Seminary professor Irwin Habeck. This new volume, Doctor of Souls, is written not to remake The Shepherd Under Christ, as it is still a helpful tool for pastoral ministry today, but to “provide a fresh look at pastoral ministry and offer some guidance in areas that were not specifically addressed in that book,” (vii). This book seeks to apply God’s Word to complex and emotional situations as the “Shepherd Leader” (27) seeks to faithfully and humbly apply this Word to the people of Christ’s flock.

Over the last 40 years pastors today need more guidance in areas such as ethical medical dilemmas. It has been just over 40 years that abortion was made legal in this country, and, as such, Pastors now face, more so, sanctity of life issues especially at the end of life. Schuetze does a quality job in discussing his section on euthanasia and the “Right-to-Die Movement,” (136–154). Along with the abortion and end of life issues, Schuetze deals with such topics as sexual abuse, cohabitation, blended families, same-sex couples, Internet pornography, and other marriage and family challenges current in our culture. In the section on The Pastor Counsels His Members (267–310), Schuetze builds upon the 1988 publication of The Counseling Shepherd, also by Northwestern.

Some Lutherans would want Schuetze to take a more direct stance on issues like birth control and so-called family planning (233–236) and, also the question can or should a Christian marry an unbeliever could have been better presented not as a form of “extremism,” but as one of Schuetze’s oft referenced Biblical principles (223). Despite an unnecessary quote from Rick Warren’s A Purpose Driven Life (137), this book will prove a valuable resource for seminarians and pastors alike.