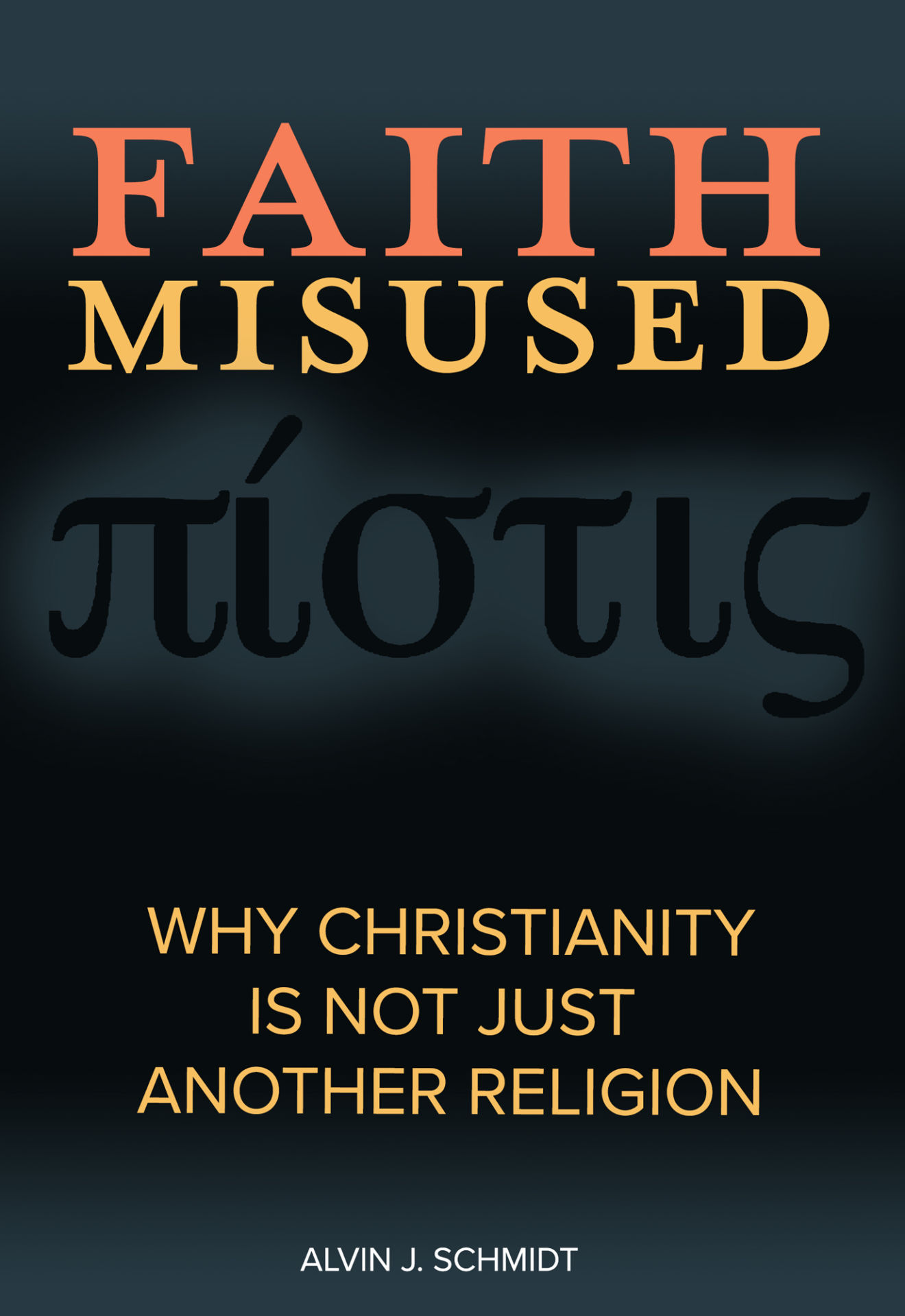 For a faithless generation the word “faith” has become part of the general vocabulary. Even those who have very little use for God can say “I’m praying for you” and “keep the faith” with perhaps no more meaning than being courageous. Retired seminary and college professor Alvin Schmidt has produced a very readable analysis of this misunderstanding and convincingly argues that the word “faith” itself is strictly a Christian concept drawn from the Bible. In chapter four Schmidt gets into the really practical and lists several misuses of the word: “Faith is Illogical Belief,” “Leap of Faith” (popularized by Kierkegaard), “Faith Requires No Evidence,” Evidential Faith is Inferior Faith,” and “Faith is Independent of the Five Senses.” This was summed up by President Dwight D. Eisenhower: “Our government makes no sense unless it is founded on a deeply felt religious faith—and I don’t care what it is” (90). That says it all. Christians, Muslims and Jews can all have faith. This book will make for lively discussion in church Bible classes and will open the eyes of high school, college, and seminary students studying religion.

Chapter 2, “Faith Hijacked from Its Biblical Foundation” (26–49), is for those who want to delve into the history of how faith was denuded of its christological content. It all began with the eighteenth century Enlightenment up through David Friedrich Strauss, Rudolph Bultmann, and Paul Tillich. The much admired Dietrich Bonhoeffer held that regarding the resurrection of Jesus as an historical event is “senseless and crude” (46). Note should be made of Martin Kähler who, by separating the Christ of faith from the Christ of history, could find a place for the resurrection in preaching but not in history (37–41). For those who are still asking what the theological fuss is all about, they can find an answer in Faith Misused.