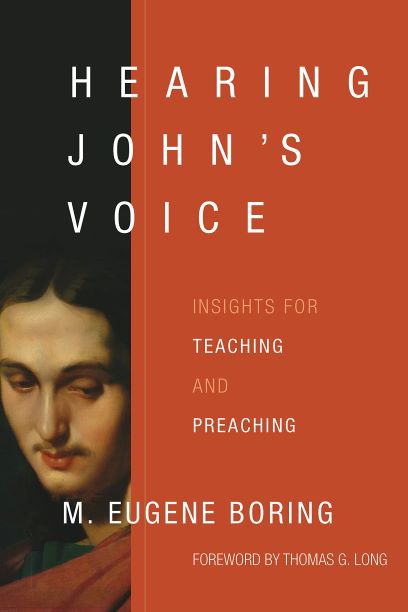 Beginning with the end in mind, or beginning at the end. There are certainly plenty of situations where that is a good approach. Eugene Boring believes that it is a good approach to the writings of John, and even all of Scripture. Therefore, he begins his journey through the writings of John with a walk through Revelation. It is certainly true, as Boring asserts, that the Christian lives from the future. As God’s people journey through a dying world, it is necessary to do so with the new world in mind. The return of Christ into this world and the final judgment is a source of comfort for those who are troubled by the evil of this world. Whether starting with Revelation makes a dramatic impact on one’s approach to John’s theology is something the reader will need to determine.

Boring takes a somewhat roaming journey through the writings of John. He picks up on various themes that he finds insightful. One theme that he picks up on in particular in Revelation is violence and power. As Boring points out, this is an issue in other parts of the Bible, but it is unavoidable in Revelation.

The guidance for preaching is given in overarching themes. Boring points to the lack of “snappy-one-liners” that can serve as a starting point for a sermon. Revelation requires a consideration of the whole book in order to be understood. Revelation does not lend itself to being divided in parts. John does not present things in a clean theological essay; rather, he presents verbal pictures.

Boring does bring out some themes that are timely for North American Christians today. He highlights how small a group the Christian church constituted within the Roman Empire, and how small the individual congregations of the time were. The church certainly seemed insignificant by worldly standards (as is often the case for the church today); however, the church participates not only in the worldwide church but also the future church.

Having touched on various themes that he finds in Revelation, Boring proceeds (in his established order), with the letters of John. He points out various themes that he finds in the letters. Some of these themes are certainly relevant for Christians in the twenty-first century as well. He notes the pluralistic nature of the world in which the early Christians lived their faith. He makes the case that perhaps today’s church is merely catching up with the Bible. Boring offers various insights into first-century Judaism as well as Gnosticism. Understanding the letters of John requires some familiarity with religious thought of the first century.

The Gospel of John is left until the end. Boring discusses the use of the narrative approach to presenting the Gospel message. Six distinctive features of the Gospel genre are explored: deity, humanity, paradox, secrecy, denouement, and contemporaneity. Some time is spent on addressing the synoptic problem. Boring finds plenty of eucharistic overtones (e.g., in the feeding of the multitudes) as well as baptismal insights as he journeys along.

In some ways, the book has the feeling of reading a commentary, with some differences. Boring meanders through the writings of John, picking up on various themes and items of interest as he goes. Unlike a commentary, it is not a verse-by-verse exegesis but rather a list of top hits.