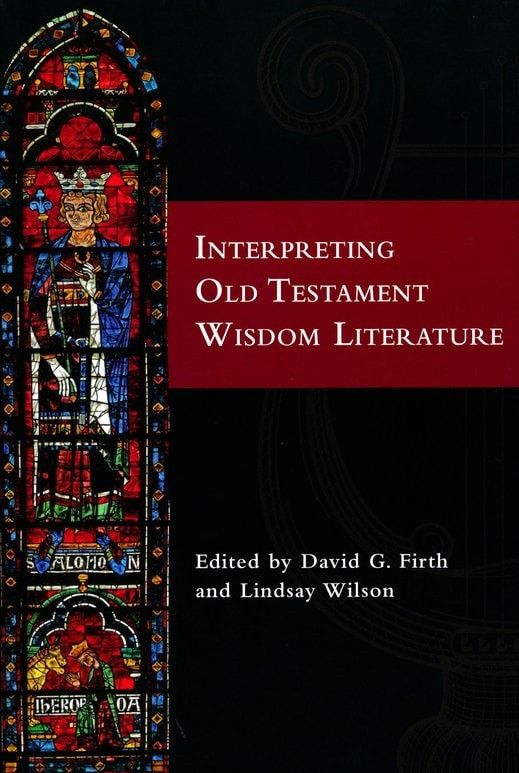 This collection of eleven essays by Old Testament scholars focuses on Old Testament wisdom books and wisdom concepts drawn from them. An introductory essay provides an overview of the current status of the field. Part Two reviews current issues in interpreting Proverbs, Job, Ecclesiastes, and Song of Songs. Part Three examines wisdom themes in Ruth, the historical books, and Psalms. An essay is devoted to wisdom and biblical theology, and another to the issue of divine absence.

Many of the essayists have contributed to the Two Horizons Old Testament Commentary series. While they are not necessarily committed to Solomonic authorship of Proverbs, Ecclesiastes, or Song of Songs, an emphasis on the literary integrity of the texts results in serious handling of the material.

Craig Bartholomew’s opening essay reviews four basic approaches to wisdom literature study, which roughly follows the history of biblical interpretation since the advent of historical criticism. First, he describes the way in which historical criticism destroyed the unity of the writings. He notes that Ecclesiastes was the document most affected by this approach. During the next phase, the “literary turn” treated the writings as integral wholes, allowing their canonical shape to remain primary. This approach has also permitted greater intertextual study. Postmodern interpretation, a third development, has brought with it ideological readings, importing various agendas into the field of biblical interpretation. Bartholomew believes that this phase is passing, mostly because it has brought little value along with it. The fourth phase is more promising. Theological interpretation acknowledges that biblical wisdom literature was written within a theological, religious, and even liturgical context. It, therefore, tends to read the texts within that context today. The literary and theological readings, when combined, result in texts rich with promise for pastoral theology.

Bartholomew’s important essay sets the stage for the remaining ten. In addition to the books normally considered to be wisdom literature, Rosalind Clarke argues, in Part Two, for the inclusion of the Song of Songs. In Part Three, in addition to several wisdom themes, Gregory Goswell asks the reader to consider the placement of various books in their canonical context and how such placement influences the way in which they are read. He notes that, as placed in the Septuagint (and therefore in the English Bible), Ruth is between Judges and Samuel. It is therefore read as a historical book. In the Hebrew Bible, it is placed between Proverbs and Song of Songs. Does this change the way in which it is to be read? His is a question worth asking.

This book will be of interest to pastors studying wisdom literature. Each essay challenges the reader to reconsider preconceptions. However, it will likely not be of great value to the parish pastor looking for material for sermons or Bible studies. For that purpose, the introductory material in the Concordia Commentary series will likely be of greater value.