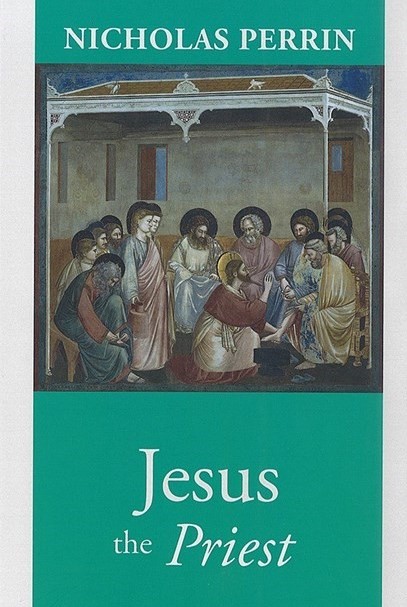 If Jesus is a prophet, a priest, and a king, which of those offices is most important? This second in a planned trilogy of books expands on Perrin’s 2010 Jesus the Temple in centering the identity of Jesus on his priesthood. You may be uninterested in or opposed to ranking the offices of Christ, but Perrin’s contention is that prophecy and kingship are subsumed in the priesthood Jesus exercises. He wants to redirect historical Jesus research toward Jesus’ relationship to holiness, away from the abstractions of liberal Protestantism native to that subdiscipline.

The reader will find several obstacles to profiting from this intriguing project. The first hurdle is the baggy, chatty style Perrin employs, reminiscent of his mentor, N. T. Wright. Perrin’s diffuseness is prolific in the creation of strawmen, piling rhetorical questions on top of anachronistic words such as “hero” for Jesus, but it is unsuccessful in clarifying his meaning. Like Wright, he bemoans “postEnlightenment” presuppositions that he presupposes his readers have but holds himself responsible only for clarity and precision in his historical Jesus research methodology, not for his articulation of Western intellectual history.

This desire to play the game of historical Jesus research exists strangely alongside a completely uncritical acceptance of rabbinic evidence. Perrin does not engage the historical criticism of the Talmud that Jacob Neusner pioneered. Evidence from the Talmud Bavli, produced in the Persian Empire in the sixth and seventh centuries AD, is called forth as support for points Perrin is making about first-century AD Palestine. Why not accept the historical criticism of the Talmud?  Historicizing the varieties of ancient Judaism would likely obliterate vague entities Perrin conjures up such as the “ancient Jewish mind” and the inchoate group of “ancient Jewish readers.”

The book is valuable for its various close readings of Gospel pericopes, especially Perrin’s correlations of Old Testament texts such as Ezekiel 36 and Daniel 7 with the teachings and works of Jesus in the canonical Gospels. If you buy the book, skip around for the strictly exegetical sections, where Perrin has riches in store for any reader. Walk around the hurdles, unless you want to try clearing them, and enjoy the rest.