Luther at Leipzig: Martin Luther, the Leipzig Debate, and th...

Luther at Leipzig: Martin Luther, the Leipzig Debate, and the Sixteenth-Century Reformations 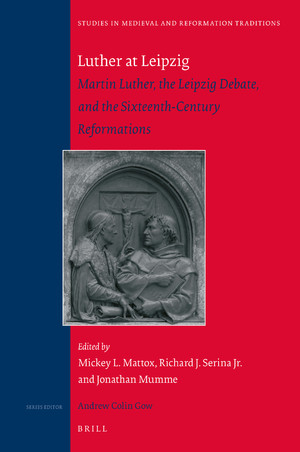 Historians love anniversaries—at least I do. Not only do they elicit opportunities for speaking and preaching, but they also produce scholarship. And the book at hand represents scholarship of the highest quality, occasioned by the five-hundredth anniversary of the Leipzig Debate.

There are two events from Luther’s early career as a reformer that everyone knows: posting the Ninety-Five Theses and refusing to recant at the Diet of Worms. But this book—and the anniversary it marks—reminds us that between those two milestones was another important episode, perhaps less well known but certainly far more important theologically than either of them. In his debate with John Eck at Leipzig in July 1519, Luther proved willing to challenge the highest authorities of the institutional church, pope and councils. Not only could they be wrong, but they had been wrong. The Scriptures alone were Luther’s standard for Christian truth.

With that confession, Luther sealed his fate as far as Rome was concerned, but he also laid the foundation for all subsequent Lutheran theology, right down to the present. As the Formula of Concord expressed it, “We believe, teach, and confess that the only rule and guiding principle according to which all teachings and teachers are to be evaluated and judged are the prophetic and apostolic writings of the Old and New Testaments alone” (FC Ep, Rule and Norm, 1).[1]

There are twelve essays in Luther at Leipzig, divided into two sections, the first dealing with the historical context for the debate and the second with its implications. They are all of first-rate quality and cover a variety of topics, everything from how it all began (Karlstadt played a key role) to a survey of Roman Catholic interpretations (from Jerome Emser to Brad Gregory). My own favorites include Henning Bühmann’s explanation of how debates or disputations developed from academic exercises into major instruments for discussing and implementing church reform and Paul Robinson’s study of how Luther’s attitude toward church councils, including Nicaea, changed over the course of his career as he learned more and more of their history.

Besides the articles themselves, this volume also includes twenty-three pages of translation by Carl Roth and Richard Serina of important passages from the debate. There is also a timeline that lists the steps toward Leipzig, what happened at Leipzig, and its immediate consequences. Finally, there are two indexes—one for Scripture references as well as a general subject index.

Luther at Leipzig is not for everyone. Its intended audience is clearly those already familiar with Luther’s career and desirous of more detailed knowledge, but not the casual reader. Even so, it’s a great contribution to our understanding of Luther’s theological development and of the course of the Reformation. More five-hundredth anniversaries are coming. Those who celebrate them will find it difficult to produce scholarly works that surpass the quality of this one.