Sites of the Ascetic Self: John Cassian and Christian Ethica...

Sites of the Ascetic Self: John Cassian and Christian Ethical Formation 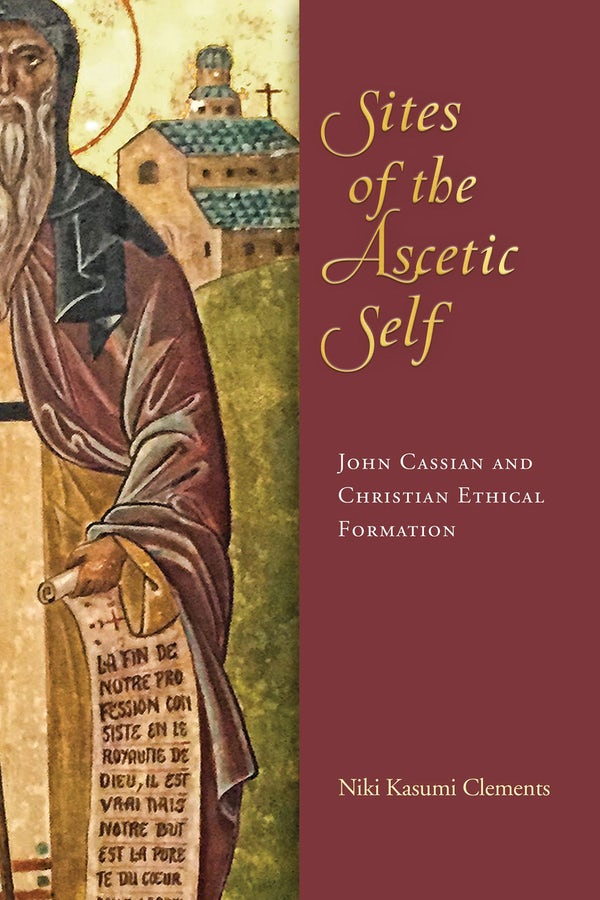 Challenging both notions of a naturally unified self and of a dichotomist anthropology pitting interiority against exteriority, Clements argues for a personal “self” as the disciplined integration of several “sites” of human consciousness and experience: the mind, affections, body, and even social community. Drawing from John Cassian’s Conferences, Clements shows that one’s self is formed not solely due to reasoned choices, nor merely due to outside influences, but rather due to bodily practices, affective experiences, and social influence operating together to shape one’s understanding. Discipline, even asceticism, integrating practices, affections, community standards, and reflective choices, should not be viewed as renunciation, but as cultivation and formation. Even for those outside of monastic or ascetic settings, the influences of practices, affective experiences, and society need to be identified and coordinated to serve the integration of a person’s character.

Part 1 in the monograph presents Clements’s methodological claims, that theories of moral agency cannot be expressed simply in claims about the superiority of reason as a human quality, the theoretical authority of the will over bodily practices or affections, or the coercive nature of social power relationships. Besides interacting with the philosophy of religion, Clements presents in chapter 1 her appreciation for “gender, feminist, and queer discourses,” particularly their ability to help her consider how an embodied subject can be formed positively, diversely, and subversively, even under oppressive, monolithic social expectations. These theories help her to recognize the role of bodily activity, affections, and society in ethical formation, rather than to see agency merely as the interior domination of reason over other sites of the self.

However, in chapter 2, Clements documents how Cassian’s texts themselves articulate the integration of the “exterior” and “interior” in ethical formation. While Cassian uses the categories of “exterior” and “interior,” of the vita activa and vita contemplativa, he presents them as two sides of the same coin, as both part of the ascetic life which serves the cultivation of inner virtues in and with the practices of everyday life. Furthermore, this integration of exterior and interior is recognized by a full range of scholars, not just those focusing on feminist, gender, or queer theories (54–64). In practice, Clements herself does not finally depend on these theories for her own analysis of Cassian, or use them in a comprehensive way. All of this is to say that much value may be gained from the work in its own right apart from the peripheral references to critical theories.

A question of particular interest to Lutheran readers is that of Cassian’s view of the human will, a topic Clements takes up in chapter 3. While Cassian addresses the efforts of the ascetic, his accounts can be applied more broadly to every Christian’s discipline in the life of sanctification. Clements insightfully unfolds Cassian’s account of synergism in ethical formation, which can be favorably compared with the Formula of Concord (FC SD II 65–67). “The ability to engage in hard work, laboring day in and day out, and its promised returns, in turn, depend on elements and conditions . . . as shaped by God. . . . God enables and fosters human effort and its possible effects” (67). Because man is so influenced by external conditions—temptations of the world, the devil, and the sinful nature—and depends so completely on God’s gracious ordering, protection, and power, a Christian must endeavor to discipline himself in whatever way he is able, and so to embrace the gifts and the paths that God has opened for him in service of his spiritual growth. For the regenerate person, choice is not an illusion in the face of temptation and sin. Rather, to flee evil and walk with the Spirit takes deliberate integration of the sites of the self.

Chapters 4 through 6, then, detail the integrative practices that serve ethical formation. The “self” cannot be identified with the mind, the heart, or the body alone; furthermore, the subject is also shaped by communal practices. In conjunction with communal practices, these mental, affective, and bodily “sites” of the self should be coordinated and integrated for unified, personal formation. The various positions of prayer, such as standing, genuflection, and prostration coordinate with the affective practice of taking on the emotions expressed in the Psalms and meditation on Scripture and texts of prayer. Work and labor give structure and direction to bodily action in support of the imitation of the wise. Spiritual direction from others in the community helps a person to discern wise and loving action, while deep friendships are locations for works of love and sympathy. These are but a few examples found in Clements’s more detailed and informative treatment of Cassian.

Clements has provided an accessible study introducing the reader to John Cassian, a foundational figure in Christian asceticism and spiritual formation. Cassian’s own method of seeking to integrate the various subjective “sites”—body, affections, mind, and even community—of formation by taking responsibility to act in accordance with the setting, circumstances, and gifts provided by God presents a distinctively Christian understanding of the life in a world beset by uncertainty over identity, destiny, and evil. It is a valuable study for those with a discerning eye, and can orient one for a deeper study of Cassian’s own writings.