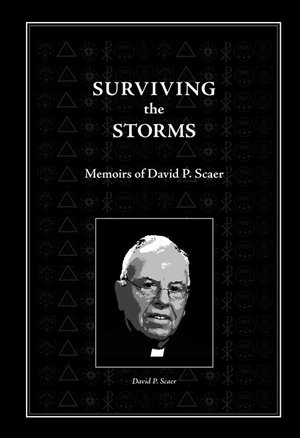 Memoirs differ from autobiographies in that the former tends to focus less on the self and more on other persons. Readers looking for something like Augustine’s Confessions (i.e., an introspective account) will have to look elsewhere. Scaer’s memoirs are, to a great degree, about the people whom he knew, whom he studied with, whom he taught, and whom he worked with as colleagues at Springfield, Fort Wayne, and in the Missouri Synod. It also informs the reader about Scaer’s theological development and insights, which are original to him, and worthy of study in their own right.

The basic structure of this book is chronological, which is normal. Unusual for this genre, the author has supplied one or more “excurses” after eight out of the twelve chapters. For those who want to read the book as an autobiography, the editor supplies an alternate table of contents (page x), but no reader should skip the excurses entirely.

Very helpful to the reader is the glossary of Lutheran acronyms and terms (371–374) and a complete index of persons (375–385). The back pages (387–427) are a wonderfully complete bibliography of works by David P. Scaer, compiled by the editor Robert E. Smith.

These memoirs serve as a study of two things: the author and the seminary which he served for nearly his entire career. The corporate history of the Missouri Synod’s Concordia Theological Seminary, titled Prairie School of the Prophets (CPH, 1989), was written by Erich H. Heintzen and completed by Lorman M. Petersen. Scaer’s memoirs extends details of that history from 1966 to the present day. Only time will tell for sure whether these memoirs of Scaer are more important for their insights into the seminary or their author. I think the latter.

One of the challenges in writing histories of significant theologians is that we often do not know the thinking or events that led them to forging a new path. Scaer does us a favor in outlining his thinking when it began to head in new directions. He writes “Soon after beginning to teach dogmatics [in 1966], I saw that even such a fundamental doctrine as biblical inspiration could not be taught in isolation, but had to be seen as a derivative of the authority of the apostles derived from Jesus. This injected an historical component into how the Scriptures took form. All this was expressed in my Apostolic Scriptures”(43).

When Scaer began his work as seminary professor in Springfield in 1966, Rudolf Bultmann was still a “super-star” in American religious academies. In Excurses III, “Working with the Gospels,” Scaer rightly credits Bultmann’s theological method with being the “ultimate theological cause for the St. Louis faculty walkout and formation of Seminex in 1974” (77). In his struggles to overcome the Bultmannian threat to Lutheran theology, Scaer realized that “History precedes God’s speaking to us in our history, and so the incarnation is the necessary prelude to inspiration” (81), and “Typically dogmatics goes from the divine, with the assumption that the Scriptures are inspired, then to the historical, i.e., if God says it, it must be so. This is true, but this leaves unaddressed the historical context in which that authoritative word of God was spoken” (81).

Scaer continues to explain that the historical context in which that word of God was spoken is provided in the Gospels: “[T]he Gospels are recognized as the source of what is known about [Jesus] and what should be believed, and they take precedence in church life and theology over all other books, including the Old Testament and the Epistles, all of which, like the Gospels, claim divine origin and authority. So while the term Christology is reserved for a particular section in the dogmatic sequence, the term should primarily be used of the Gospels. They are Christologies in the primary sense” (79).

Here is my assessment of Scaer’s accomplishment in theology: his was a new way of doing orthodox, biblical Lutheran theology. It grounded the authority of the New Testament in the fact that its books were authored by apostles of Jesus—an insight certainly found in Luther, but often forgotten. It preferred the acts of Jesus over the Acts of the Apostles. It preferred the “red letter” discourses of Jesus over the discourses of the apostles. It preferred the thought-patterns and language of Jesus to traditional dogmatic categories. It was a thoroughly Gospel-historical way of doing dogmatic theology. It also resolved the problems in dogmatic theology noted by Albrecht Ritschl, Adolf von Harnack, and Ernst Troeltsch, and put Lutheran dogma on a firmer foundation than it had been for several centuries.

This just scratches the surface of the theological insights that the reader will encounter in these memoirs. It is mandatory reading for anyone who wonders what happened at Fort Wayne in the 1980s and 1990s and for anyone who cares about preserving orthodox, biblical Lutheran theology into the 21st century.