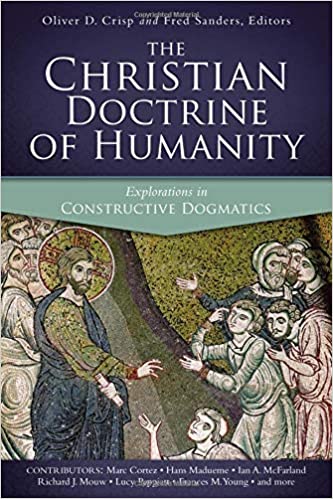 This volume is the sixth in a series titled Explorations in Constructive Dogmatics. It consists of 12 essays from the January 2018 Los Angeles Theology Conference organized by Fuller Theological Seminary and published by Zondervan Academic. While this is a self-consciously ecumenical endeavor, it appears that every essayist is from the Reformed side of the spectrum. None represent the Eastern, Roman, or Lutheran world.

This is not to say that all essays come from the same perspective. The twelve entries exhibit a wide variety of theological viewpoints. They also vary greatly with respect to the quality of scholarship. This reviewer found that some essays overlooked the most obvious data. Others, on the other hand, were extremely informative and stimulating. Again, some were deeply and thoroughly grounded in the Scriptures and orthodox tradition of the Church. Others were far more beholding to post-modern sensibilities.

Faith Glavey Pawl’s chapter titled, “Human Superiority, Divine Providence and the Animal Good,” seemed a bizarre dialogue between Thomas Aquinas and eco-feminism. It did serve to demonstrate the utter inability of the categories of eco-theology to be adapted for useful biblical reflection.

Richard Mouw’s chapter, was a refreshing contrast. “The Relevance of Biblical Eschatology for Philosophical Anthropology,” asked, “what kind of metaphysical entity must a human person be in order to be capable of the kinds of things the Bible says about us?” This launched him into a stimulating discussion of Luther and Calvin, Oscar Cullman and N. T. Wright. He helps the reader understand better what is at stake in recent LCMS conversations about the interim state and the immortality of the soul.

With the table thus set, Hans Madueme follows with a chapter titled, “From Sin to the Soul: A Dogmatic Argument for Dualism.” This was one of the most insightful essays in the volume. With penetrating analysis, he lays bare how the materialistic philosophies of the modern world have encroached into modern Christian thought. This suggests that recent emphases on the bodily resurrection which down-play the immortality of the soul are less driven by a rejection of “Greek dualism” than they are by the unwitting adoption of a materialistic anthropology.

The essay closes by showing how the dualistic anthropology of classical Christianity is absolutely vital for a true and biblical account of sin. Modern challenges to the Christian doctrines of marriage, sexuality and society are, in actuality, attacks upon the distinction between soul and body. Bodily sins can only have reality when the soul is distinct from the body. Absent this distinction, the claim of “born this way” has no real answer.

Much more could be said of the other essays. What is offered here is meant to illustrate the wide chasm between the best and the worst. The best, however, are extremely profound. Several essays are extremely helpful to the reader. They shed light on how modern challenges to the Church’s life are related to a decades-long effacing of a once robust classical anthropology.