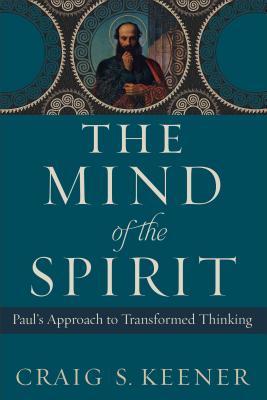 The canonical context of the NT makes sense of even the most basic teachings of the NT, such as Peter’s confession (Mt 16:16) and the drum beat of “in accordance with the Scriptures” (1 Cor 15). Never mind the more complicated rabbinical concatenation of Law-Prophets-Writings in the kerygma of Acts. Reading the NT in that context is well and good, for the first home of the NT is the bosom of the Old, and hearing the NT Scriptures this way we hear them as the Diaspora Jewish community heard them.

But the Diaspora community lived with a foot in two worlds. As witness of that, Diaspora Jews often had both a Jewish and a Gentile name (e.g., Cephas was also called Peter, and Saul was addressed by his Gentilic name on the road to Damascus to underscore the mission the risen Lord Jesus had set for him). In the Mediterranean Diaspora they spoke Greek, probably with greater fluency than synagogue Hebrew (which is a compelling way to read 1 Cor 12:10 and 1 Cor 14:1–25), and they thought Greek thoughts and thought them in Greek ways.

This has been long noticed in the corpus Paulinum especially (although John, too, drips with Platonic echoes) and well established by studies largely restricted to Paul’s borrowing from the Stoic-eclectic rhetorical tradition, ethics, morality, and cosmology. Paul wrote like this because inspiration is always incarnational, which is to say, the inspiration of the Scriptures finds its analogy in the incarnation of the Son of God, who took on the particularities of a specific race at a specific time. So also the Word of God.

Craig Keener’s The Mind of the Spirit provides a considerable advance in this area. His basic claim is that this incarnational reality of the Scriptures needs to be borne in mind to understand the nuance of Paul’s message. Keener turns from cosmology to the inner life of the crown of God’s creation as he traces the evidence of Paul’s reliance upon pagan thinking to proclaim the Christian message.

Keener’s documentation is detailed and indeed ample. A sample footnote, for example, on Paul and his treatment of the Law, the body, and sin (98–108), cites Plato thrice, Maximus of Tyre and Iamblichus twice each, and once each Heraclitus, Epictetus, Philostratus, Gnomologion Vaticanum, and Dio Chrysostom (104, n. 362). This note is representative, not an outlier, and The Mind of the Spirit is for that reason more of a reference work than a monograph. It will provide considerable fodder for scholars for years to come as they take up and refine the groundwork Keener has laid. Seminary students looking for a good New Testament S.T.M. thesis would do well to consult The Mind of the Spirit! However, for that very reason I do not recommend this important volume for the parish pastor. Still, it should make its way onto the bookshelves of seminaries, Christian liberal arts colleges, and New Testament professors.