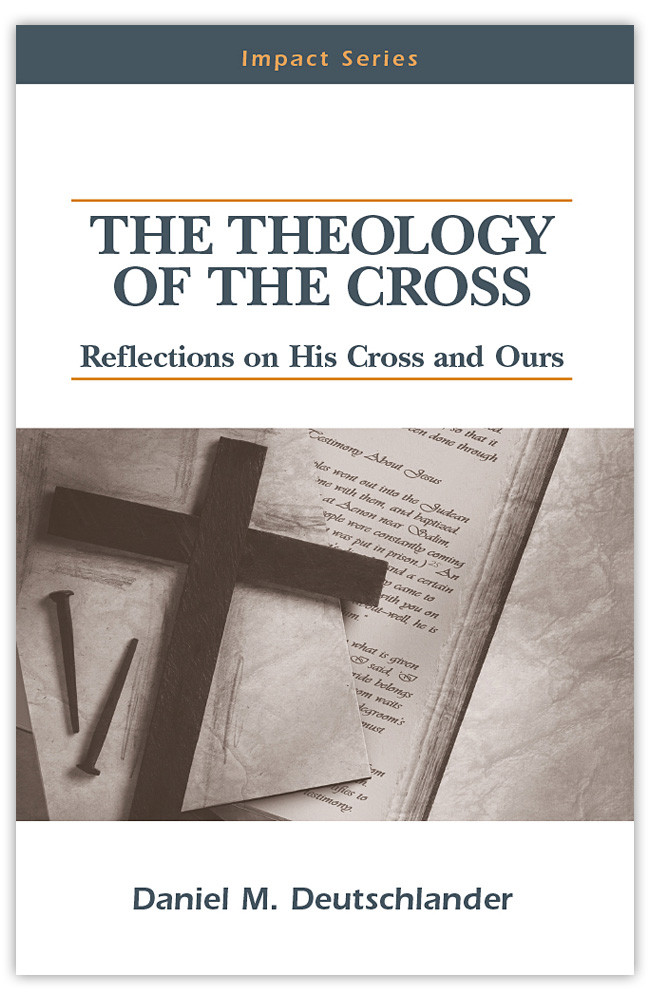 The phrase “theology of the cross” came into prominence through Gerhard Forde’s contribution to the 1984 Braaten-Jenson Christian Dogmatics with his redefinition that the “atonement occurs when God succeeds in getting through to us who live under wrath and law. God is satisfied, placated, when his move toward us issues in faith” (47). Atonement did not occur with the Son offering himself as a sacrifice to the Father at Golgotha, but it happens in preaching. Not a past event, atonement continues to happen when preaching effects faith. Though unintended, Wisconsin Synod pastor Daniel M. Deutschland provides an antidote to Forde’s definition, though his sights are set on combatting an evangelicalism that wants American Christians “to be healthy, wealthy, and wise” (vi) without suffering and self-denial. There is a correlation between Christ’s cross and ours, but his was imposed by God as atonement for sin and is redemptive (22). Ours is self-generated and paradoxical in that the God who promises salvation also allows sorrows and calamities to come into our lives (33–64). Essential to the biblical theology of the cross offered by Deutschland is that without atonement there is no justification, and absolution becomes meaningless.

In contrast to the now popular theology of Forde and his disciples James Nestingen and Steven Paulson, a theology which is based largely on the early Luther, Deutschland writes a biblical theology in a style accessible to the laity. In line with the Northwestern Publishing House’s Impact Series, he writes for believers who are perplexed that the God who promises good things allows one sorrow after another. In an appendix, Deutschland cites Hermann Sasse, who said that up until the Middle Ages the cross was presented as a symbol of glory, as it still is in Orthodoxy (223–226). A seismic change occurred when Anselm developed the doctrine of the substitutionary atonement, a view that came to be adopted by Catholics, Lutherans, and Reformed theologians. Deutschland’s clear-cut, straightforward presentation of the biblical theology of the cross is a remedy for false views and a reminder of how Christ’s death of sins as the true theology of the cross is the heart of the Christian faith.