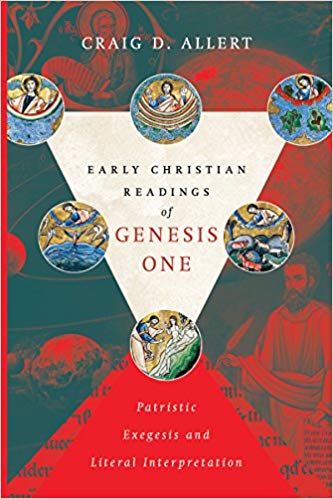 For the last century or so, Christians have engaged in a debate concerning the proper response to various scientific theories about the origins of the universe and the nature of life itself. One point of ongoing contention is the length of the days mentioned in the first chapter of Genesis. One side seeks to mitigate the conflict between sacred scripture and modern scientific theories. The days of creation are understood to allow for extensive lengths of time compatible with current scientific theories. The other side finds these accommodations of Genesis one to modern scientific ideas to be an outright denial of the scriptural faith or at least a dangerous compromise worthy of censure.

For myself, I can say that I have heard arguments from both sides throughout my life. Few arguments are actually new and even fewer promise a way forward. While I reject exegetical attempts to bring scripture into agreement with current scientific theories, nevertheless the debate generally has seemed rather stagnant and unworthy of prolonged attention. Enter Craig Allert’s new book, Early Christian Readings of Genesis One. Allert suggests a way forward by turning backwards. His new book considers the testimony of ancient Christian fathers as expressed in their readings of Genesis one.

Allert divides his book into two parts. The first part (chapters 1–3) deals with the use or misuse of patristic sources within the modern debate concerning the days of creation. The second part (chapters 4–8) explores the way patristic readers such as Basil of Caesarea, Ephrem the Syrian, and Augustine of Hippo interpreted Genesis one.

The first part, while well written and thoughtfully organized, primarily surrounds a negative purpose. Allert seeks to critique the irresponsible use of the church fathers in the debate concerning the literal interpretation of Genesis one. While the author claims that both sides have misused patristic sources, the weight of his critique clearly falls on fundamentalist evangelicals who use the fathers to support a literal interpretation of the creation account. Allert’s critique of these fundamentalists bears a certain emotion that seems to come from personal experience. For instance, he begins his book recounting his own experience of being “misunderstood” and having his “words used in unintended ways” (1). This emotion gives Allert’s critique a certain passion and vitality, but it also raises suspicion that his criticism may be overly harsh. Allert’s critique of Louis Lavellee, James Mook, Ken Ham, Answers in Genesis, and Creation Ministries International appears warranted and worthy of due consideration; however, because there is no corresponding critique of the opposing point of view, Allert’s criticism comes off as one-sided and unbalanced.

While the reader may be tempted to stop reading after the first chapters, I encourage him to keep going. The second part offers a thought-provoking and truly illuminating venture into various patristic readings of Genesis one. Part 2 is a positive look at how ancient Christians confessed the doctrine of creation and handled important scriptural texts. For Allert, the fathers do not hold the literal meaning of scripture to be incompatible with figurative meanings. Indeed, the use of “figurative” may be misleading; for the fathers, the letter of the text includes within itself a deeply theological meaning. Inspiration means that scriptural words bear the Spirit. The surface of the text—its letters, words, and grammar—is a window that is meant to open up to the eternal depths of the Spirit.

Thus, as the fathers read Genesis one, they saw certain textual indications that called them to deeper theological meaning. Allert does a masterful job allowing the spirituality of the fathers to manifest itself. I will limit myself to two examples. First is the meaning of “beginning” in Gen 1:1. Is this strictly a temporal beginning or is it a genealogical priority of being? Allert shows how important this question was for the fathers’ polemical purposes. The very fact that the stars do not appear until the fourth day challenges their priority in pagan thought and philosophical perspectives. Yet, even more fundamentally, the “beginning” is read with reference to Christ through the influence of John’s Gospel. The divine Word is the beginning (John 1:1); this verse is a hermeneutical claim calling the fathers to read Genesis one in a thoroughly Christological way.

Second is Moses’ use of the cardinal number “one” in Genesis 1:5. While ordinal numbers—second, third, fourth, etc.—are used for the other days, the beginning
of days is referred to as “day one.” This same cardinal number is used in reference to the day of resurrection (Matt 28:1; Mark 16:2; Luke 24:1; John 20:1). For patristic readers, this connection indicated that the mystery of salvation underlies Moses’ account. The first week of creation already points toward the holy week of our Lord’s passion. This relationship is the basis for the significance of the eighth day in pastristic theology, that is, the Lord’s day that has no end.

Allert’s exposition demonstrates that the fathers refused to allow any barrier separating God from creation or time from eternity. Indeed, the fathers’ theology
of time was the most thought-provoking aspect of Allert’s book. While they assume the days of creation to be historical days, the fathers refuse to reduce their significance to such materialistic notions. Rather, within the historical days of creation, eternity is truly present manifesting itself to those with the eyes to see. The fathers are just as thoroughly incarnational with regard to time as they are with regard to space. The whole fullness of God is present in a single human being; so, too, the whole of eternity is present in day one, in the day of the Lord, in “the day the Lord has made” (Ps 118:24). Allert’s book calls us to join the fathers and “rejoice and be glad in it” (Ps 118:24).