The Doctrine of Atonement: From Luther to Forde

The Doctrine of Atonement: From Luther to Forde 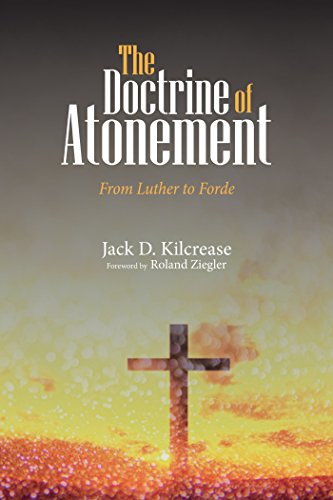 Gerhard Forde’s writings are found on the shelves of some LCMS pastors. Critiquing Forde’s doctrines of the law and the atonement is Jack Kilcrease, a member of the synod’s Commission on Theology and Church Relations. Customarily when Lutherans speak of Christ’s death for sins, they have in mind a doctrine of that atonement that Christ offered himself to God as a sacrifice for sins.

For late Luther Seminary professor Forde (d. 2005), Christ’s death is not a propitiation for sin, but God “make[s] a unilateral decision to forgive sin without any fulfillment of the law” (115). God speaks and it is done without atonement. Law for Forde does not belong to God’s essence, but is existentially understood “as a concrete reality within human experience” (106–107). In a bait and switch maneuver, justification by faith is put in the place of a doctrine of the atonement, which was understood by Luther, the Confessions, and the classical seventeenth-century Lutheran theologians as an act in which God offers up Christ as an atonement for sin, and in turn, Christ offers up himself (26–65). Kilcrease lays the groundwork for his critique of Forde by laying out the current Lutheran theological climate in taking to task George Lindbeck’s claim that doctrines have no truth claims and so they are no more than statements that “regulate how communal discourse and practice operate” (5). This means that each church body has its own way of expressing the truth.

In chapters 3 and 4, Kilcrease challenges Forde’s proposals that his views are those of Luther, the Confessions, and the seventeenth-century Orthodox theologians who “held to the doctrine of penal substitution as a corollary of the proper articulation of the doctrine of justification” (65). For Forde, justification does not depend on atonement, but is accomplished by preaching. Chapters 4 and 5 are both titled “Modern Rethinking of the Lutheran Doctrine of Atonement.” The first is subtitled “Moderate Revisionists,” surveying the views of Werner Elert, Gustaf Aulén, and Gustaf Wingren. The second is subtitled “Radical Revisionists,” surveying the views of Wolfhart Pannenberg, Robert Jenson, and Eberhard Jüngel. Following his analysis, Kilcrease gives the “Evaluation,” based on “The Confessional Lutheran Paradigm” (23–25). In chapters 6 and 7, Kilcrease addresses how Forde came to his views on law, atonement, and justification.

Our readers may have already come across Forde’s views as early as in 1984 set forth in the section entitled “The Work of Christ” in the Jenson-Braaten Christian Dogmatics (2:11–104). A critique by now vice-president Scott Murray followed in 2002 in CPH’s Law, Life, and the Living God (123–133). Forde’s influence can be seen in the more recent book Confessing the Gospel: A Lutheran Approach to Systematic Theology (1:9–11). Forde’s arguments are more theologically than biblically presented, and when he resorts to the biblical references, he readjusts them to support his view that Jesus did not see his death as atonement. The earliest proclamations contained in Acts do not refer to Jesus’ death as atonement. Those that do in Acts and the Gospels, along with Jesus’ prediction of his death and its value as propitiation, were read back into the Gospels under the now-discounted later Hellenism. (Recall that centuries before Jesus lived, Palestine was Hellenized.)

In the foreword to Kilcrease’s work, Concordia Theological Seminary Systematics Department Chairman Roland Ziegler writes, “The doctrine of vicarious satisfaction had never been without its detractors” (ix).