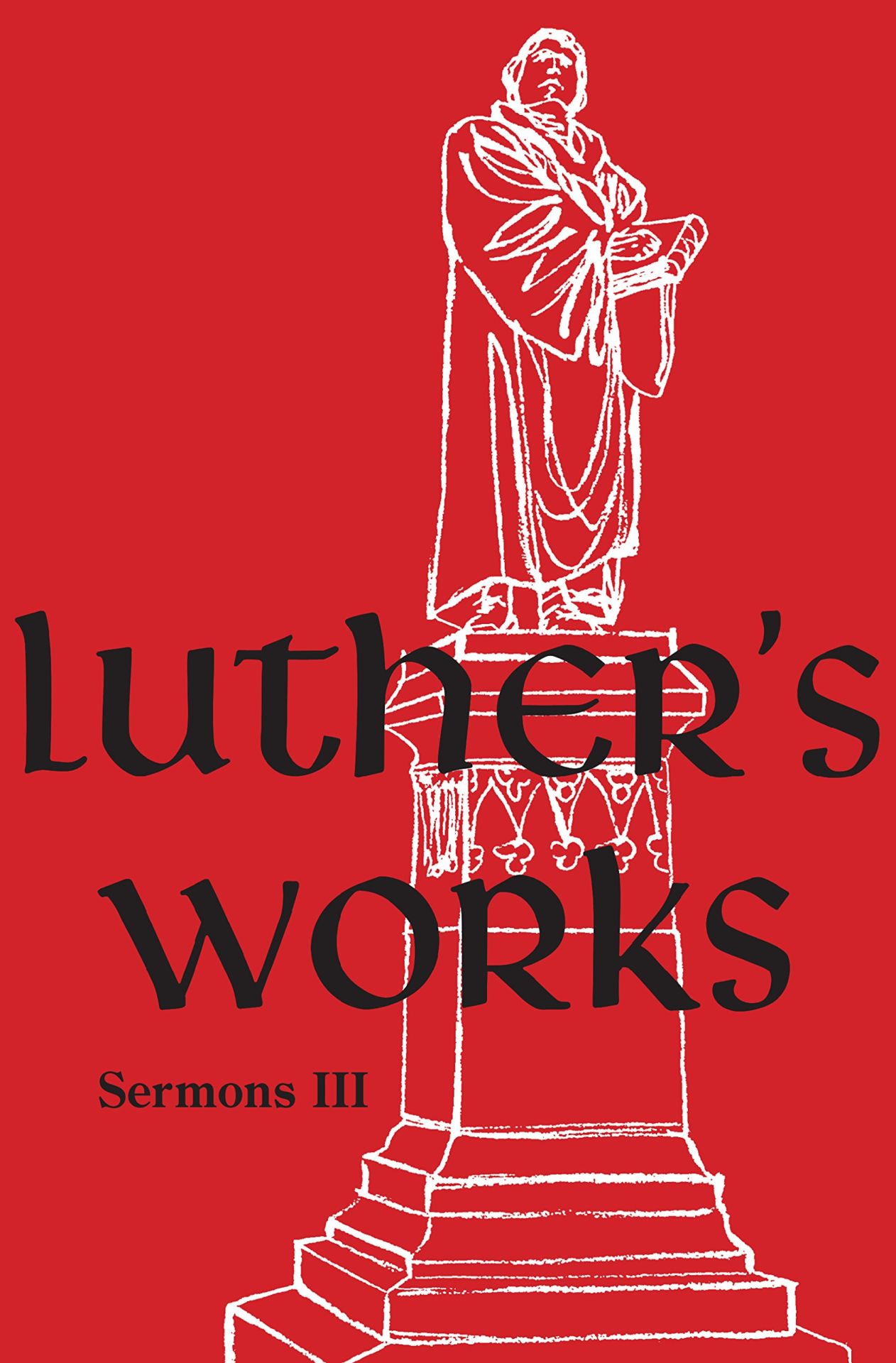 The “new series” of Luther’s Works—which, when complete, will have added another twenty volumes to the original fifty-five of the now classic American Edition—continues to be a great boon to students of Luther, both academic and pastoral. Volume 56, the third of three new sermon volumes, is no exception. Preachers will surely peruse its sermons in the preparation of their own, as they have with previous collections, whether in the original series or in the translated postil collections of Lenker and Klug. (They might not, however, want to follow Luther’s lead when, on New Year’s Day, 1530, he exasperatedly announced—mid-sermon—that he “would rather preach to mad dogs,” and so would not be returning to the pulpit [p. 320].)

Researchers will benefit no less from these sermons collected from Luther’s output of 1522 to 1531 (and the excellent introductions to each, copious footnotes, and substantial index). As Christopher Brown notes in the volume’s introduction, more than half of the sermons Luther is known to have preached over his forty-year career (1065 of 2068) are dated to this single decade. This was, of course, the tumultuous decade immediately following his excommunication, in which Luther’s theology was being clarified not only in continued controversy with Rome, but also in debate with increasingly “radical” reformers. These years likewise witnessed such significant events as the Peasants’ Rebellion and the presentation of the Augsburg Confession. Though Luther’s thoughts on such matters have never been obscure, further light might still be shed on them by means of his contemporary sermons. Indeed, some of those compiled here are clearly “first drafts” of subsequent and better known treatises, or are homiletical presentations of previously published works, inviting comparative analysis (e.g., on eucharistic matters, compare the sermons in pp. 8–12 and 69–80 with the works in LW 36:231–67 and 307–28).

Given the necessity of clarifying and teaching his doctrine in a rapidly splintering theological context, it is unsurprising to find him concisely attempting to do so from the pulpit. Thus, in the summer of 1524 he presents a five-point “summary of the chief articles” (p. 68). In a weekday sermon of the following year, he will refer even more concisely to “two chief articles of Christian doctrine: faith and love” (p. 92). In light of the decade’s political turmoil, equally unsurprising is the frequency with which Luther returns to these “two chief articles” in explicating God’s governance of the world “in a twofold way” (p. 268). His treatments of this twofold government, however, highlight the fact that Luther’s thought does not map neatly over simplistic modern dichotomies. While insisting that the temporal sword concerns only “bodily matters” (p. 66), for example, he can also call upon the magistrates to suppress the “abomination of the Papists’ Mass” (p. 79). Similarly, while lamenting in 1531 that marriage has “suffered violence and wrong by being labeled a secular estate” (p. 364), he will, only a year later, insist that marriage is indeed a “secular and outward thing” (LW 21:93). Such stark contrasts, though not necessarily contradictions, provide a helpful warning against facile proof-texting of the reformer; the oft-repeated claim that Luther was an “occasional” rather than a “systematic” writer only became a cliché because it reflects something of reality.

Other Lutheran commonplaces also find some confirmation here, as when the Christian is more than once explicitly described as “simultaneously righteous and unrighteous” (p. 112; see also 334). Yet, potential surprises are scattered throughout. Those assuming a Lutheran abandonment of such “medieval” ideas as natural law or guardian angels may be confused to find Luther casually affirming both (pp. 85, 342). His own hearers presumably were similarly confused that, as late as 1529, St. Christopher was still deemed a suitable sermon topic, despite Luther’s frank acknowledgment that the popular saint “never existed” (p. 314). More substantive surprises are evident, however, in conclusions that sound, in hindsight, not at all Lutheran. Two examples from the same 1525 series on 1 Timothy are illustrative. Reading 1 Tim. 2:4 as proclaiming God’s will that all be “rescued” or “helped” in a general sense, he concludes that “it does not follow that God wills to save all men” (p. 125, emphasis added). Less perplexing than the fact that this stands in contrast to the later Lutheran Confessions (e.g., FC SD XI) is the observation that it deviates even from Luther’s own allusive use of the passage in the same year’s Bondage of the Will (see LW 33:140). Perhaps just as scandalous is Luther’s reference to the law’s function as a “curb” being “its proper use,” and his subsequent mention of its sin-revealing function as merely “another use” (p. 107).

Again, Lutheran preachers—and theologians—might prudently refrain from following Luther down every trail he explored, especially in the still-evolving context of the 1520s. They can, nonetheless, remain grateful to the editors and translators of this new series for making available a more complete map of those trails.